My wife Amy and I returned from a short vacation in New Orleans, Louisiana last week. We had a great time.

We flew in to the Louis Armstrong New Orleans Airport and picked up our rental car.  We were tired from the flight so we decided to eat at the Marriott Hotel's Restaurant at 555 Canal Street for dinner.  The food was excellent.  First we had a salad composed of watermelon, basil, grape tomatoes, grapes, red onions, feta cheese with a red wine vinaigrette dressing that was delicious.  We also had seafood gumbo.  I ordered a side of lobster mac & cheese and Amy had a bite.  Amy ordered a skirt steak and I ordered pecan crusted catfish.  For desert we each had peach cobbler a la mode.  We had white zinfandel wine with our food.  We were both pleased with our meals.

After a restful night's sleep we went to the Sunday Jazz Brunch at the Palace Cafe a block away on Canal Street.  Amy ordered a shrimp omelette and I had cajun eggs benedict.  The band was a small unit with a trumpet, banjo and standup bass.  Two of the fellows also sang.  I requested King Oliver's Canal Street Blues. They did a nice version. We bought a few souvenirs and dropped them off at the hotel.  We then went to Harrah's Casino for a little gaming.  To save money we had a take out dinner from Popeye's.  The fried chicken, red beans & rice, biscuit and sweet tea were very good for fast food.  On this day we had two very brief rain storms.  It did not rain again and the temperature remained pleasantly warm and humid.

The next day we had delicious brunch at Deanie's Seafood in the French Quarter and then went shopping at the French Market. We watched a small combo play some Fats Domino tunes, nice versions and the piano player sounded like Fats.  We had a snack of Crocodile Tenders that tasted similar to chicken. Parking there was quite expensive $38 for three hours.  We then relaxed at the swimming pool at the hotel and had a tasty snack at the hotel lobby before retiring for the evening.

Our next day's adventure included a trolley ride on St Charles Ave going towards LSU. Lots of nice old buildings and old mansions to view.  We turned around at the end of the line and went back to Canal Street towards the Mississippi River.  We went on a Steamboat Cruise up and down the Mississippi River and had a tasty lunch with fried catfish and other Louisiana items.  There was a jazz band with trumpet, trombone, clarinet, banjo, piano and drums.  They played some vintage Louis Armstrong material as well as some later dixieland type material.  We enjoyed the performances and the tour

On our 4th day we went back to the Harrah's Casino because we heard good things about their buffet.  We were not disappointed with the food.  Practically any Creole or Cajun dish was available so we did not try all the dishes that we wanted.  The gambling was again less successful.

For our final full day we drove around in both the French Quartet and Historic Uptown N.O. where we had a delicious lunch for a bargain price at Superior Seafood again on St. Charles Ave.   The fried green tomatoes were very tasty - similar in concept to fried zucchini.  Amy had a blackened salmon dish while I had shrimp and grits.  The desserts were only one dollar so I expected a small serving but was surprised that size was that of a six dollar California dessert.

The streets in New Orleans are usually narrow and people drive slow compared to California.  At any time on a street you may find automobiles, motorcycles, bicycles, joggers, horse drawn carts, bicycle taxis, taxis, buses and trolleys.  We noticed a Red Line and a Green Line for the trolleys

We departed Friday but had our final meal at Mother's.  I remember the delicious ham and cheese po boy sandwich I had in 1960 for 15 cents.  Today's price was about eight bucks and it was as tasty as I remembered.  Amy ordered Mae's Omelette which came with grits.  I helped her finish both.   The flight from New Orleans went smoothly but we had a two hour delay at the Phoenix Arizona Airport before finally departing to Ontario California.

We picked up some In-N-Out Burgers to eat at home.  As much as we love to travel it's great to be back to Home Sweet Home.

Here are some pictures from our trip. 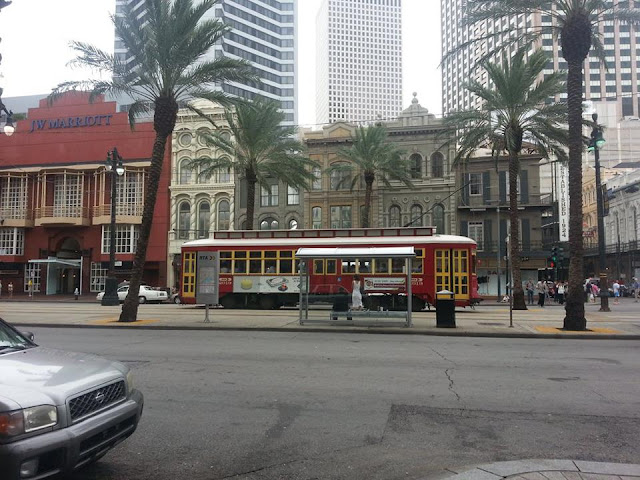 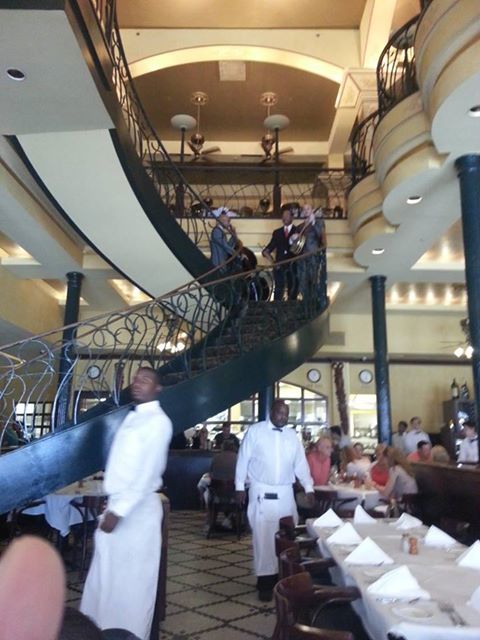 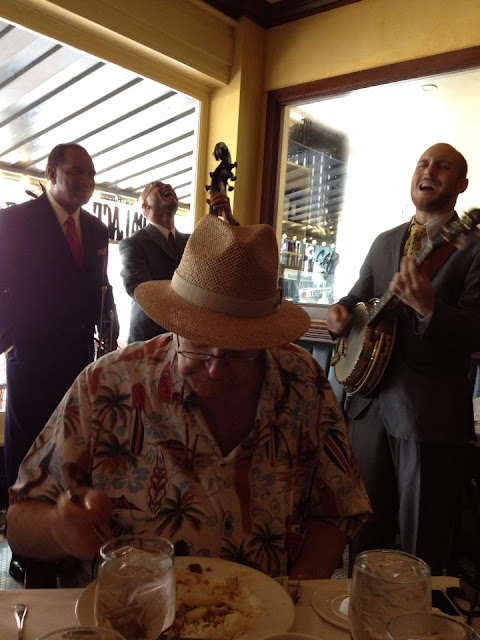 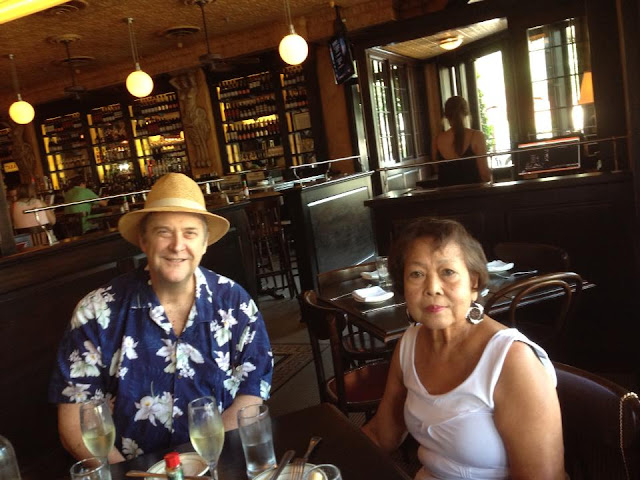 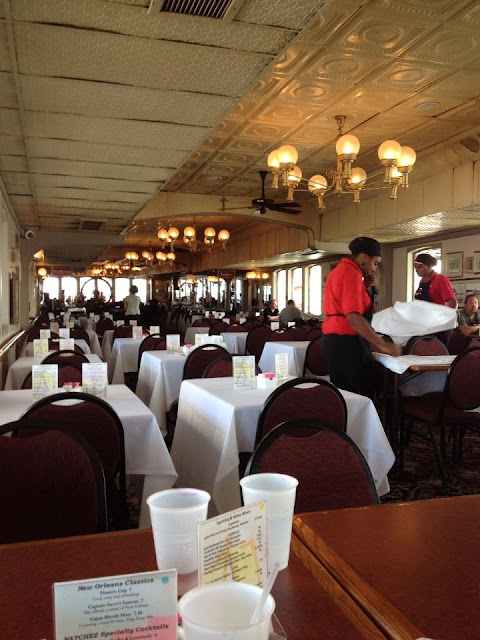 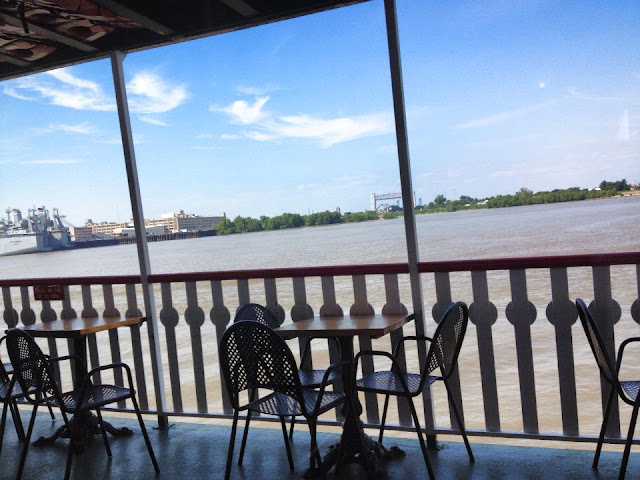 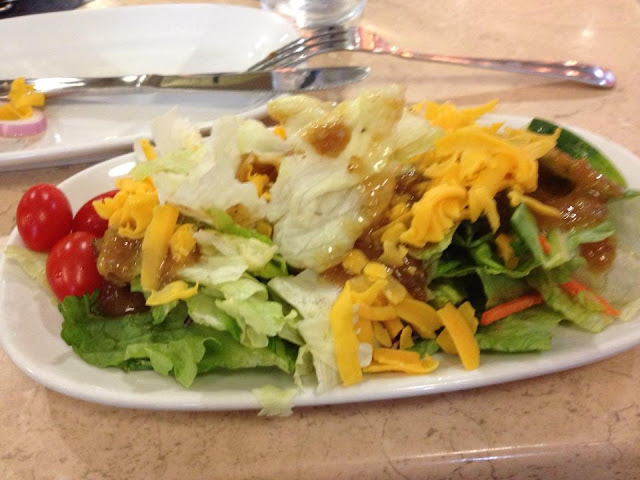 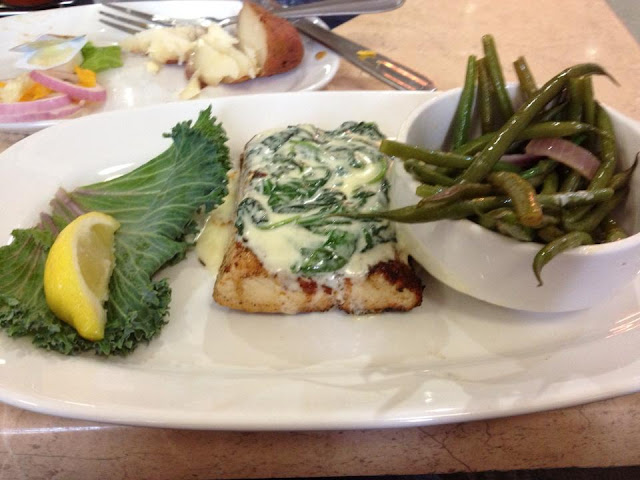 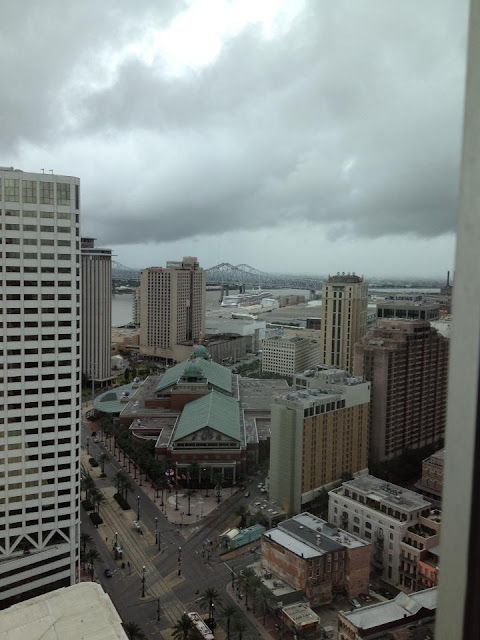 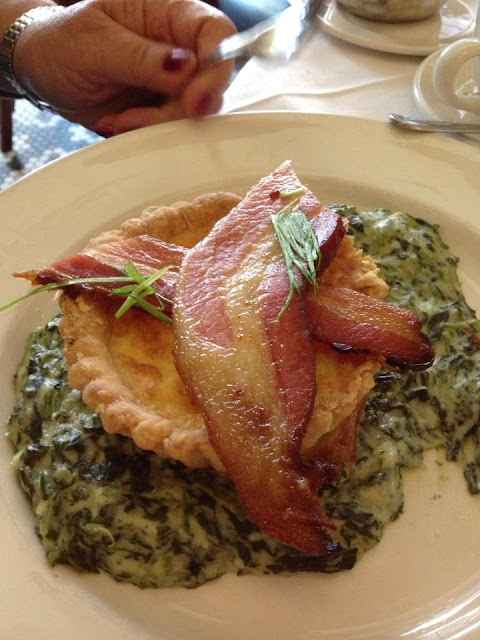 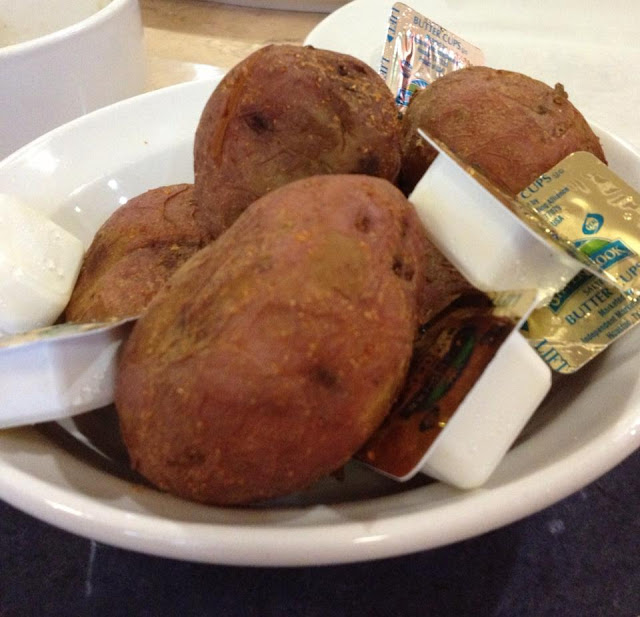 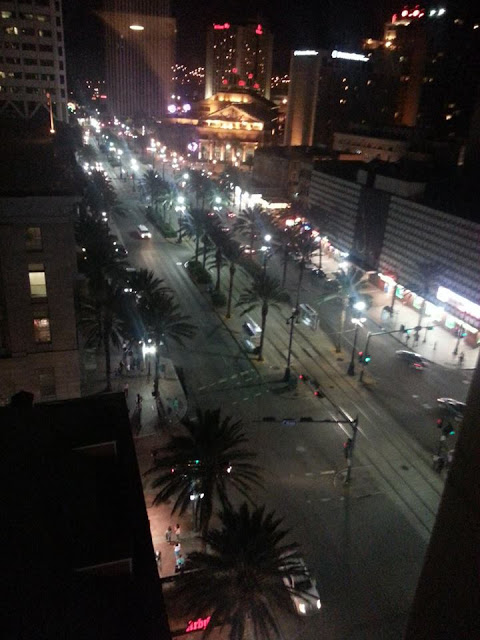 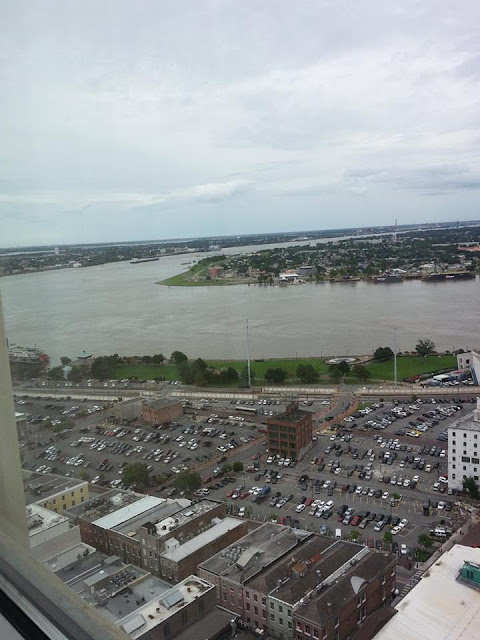