Most roots musicians in the 1920s & 30s played inexpensive guitars because that's all they could afford.    In that tradition I now play some such instruments - specifically the current Recording King Dirty 30s guitars.

I have owned expensive guitars that have increased in value over the years which can be a good investment.  I have recently sold these as my playing ability has been reduced due to many chemotherapy treatments causing nerve damage in my hands and feet.

I sold some stuff on eBay and had a little spending money so I bought a Recording King RPH-05. The list price is $299 and the street price is $199 but I bought a B Stock one on eBay for $129 with free shipping.  It had some scuffs and other imperfections which you have to look for.  The action is good and it sounds & plays nice thanks to the solid spruce top.  It is an 0 size guitar which is actually bigger than a Parlor.  For fun I decided to put on a pickguard, bridge pins and some decals over the dot inlays and on the headstock.  The guitar looked cool as is but I wanted to "bling" it up for a few more dollars.

My next purchase of another B Stock was a Dreadnought size RDH-05.  This $139 purchase included a B Stock hard shell case also with free shipping.  I bought an over sized pickguard and some Star inlays.  This guitar plays and sounds great.  Nice deep bass tones.

My final purchase was an 000 size ROH-05 B stock for $119 with free shipping.   I looked to see why it was B Sock but could not find any scratches, dings, etc.  I then double checked the color and realized it was 2 Tone Sunbrust instead of 3 Tone. It was easy to play and sounded good so  I was pleased.  I "blinged" it up with a martin style pickguard, bridge pins and some fancier decal inlays.  The decals are supposed to leave no residue if removed.   I looked for B Stock but avoided any with cracks or more serious issues. 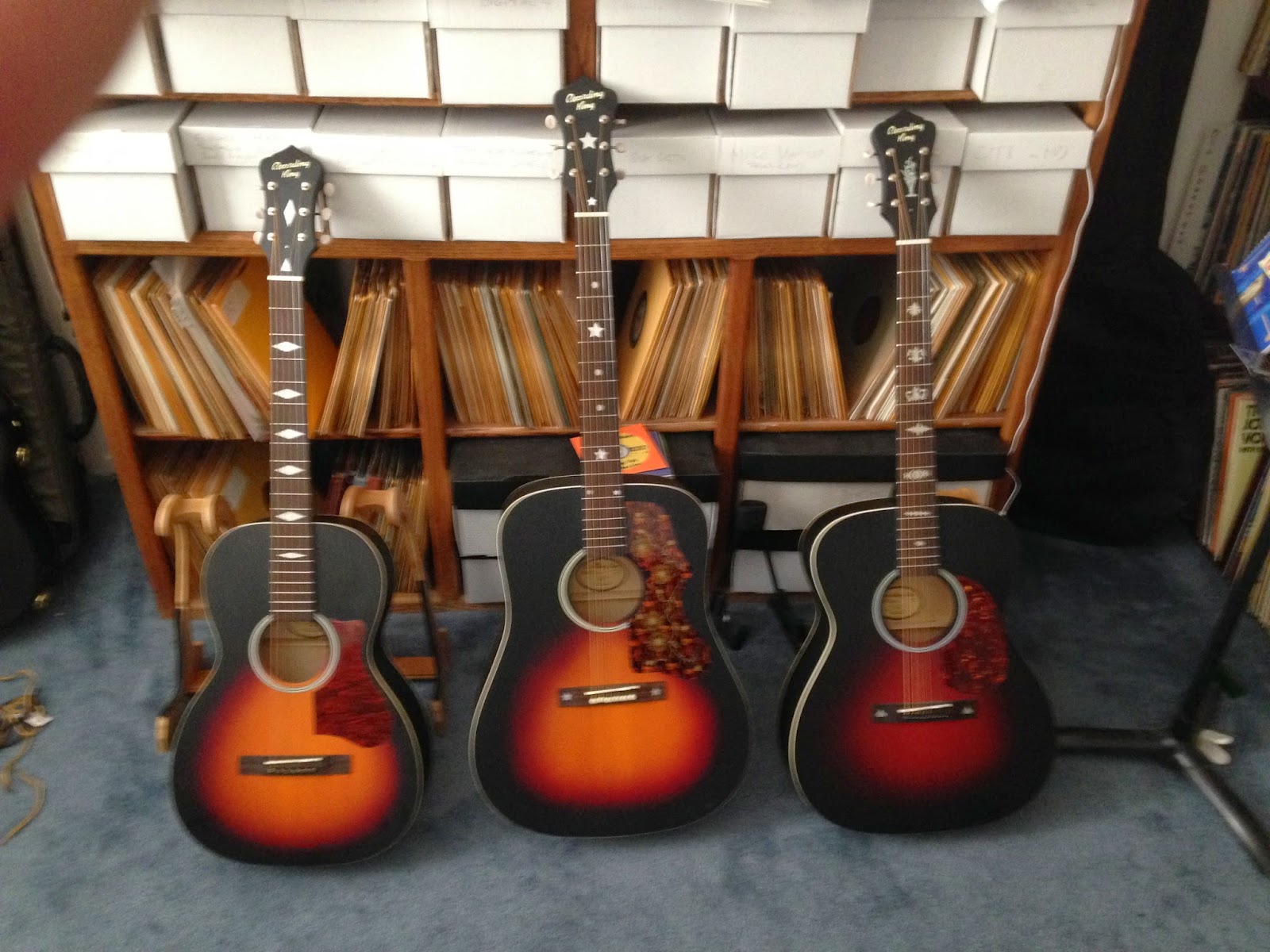 Recording King Guitars in the 1930s and later were sold by Montgomery Ward.  Many of these guitars were made by Gibson.  Today the Music Link sells Recording King as well as guitars with the Loar label.  The instruments are made in China but are very nice Travel Guitars that you don't need to worry much about.